On October 6, 1981, Dan Rather anchors CBS News coverage of the shooting of Anwar Sadat. The moments after the announcement things are in flux surrounding the assassination of President AnwAr Sadat of Egypt, even if he was actually assassinated. See Diane Sawyer and Walter Cronkite as well. As an aside, Notice the professionalism of these journalists.

This reply was deleted.
E-mail me when people leave their comments –
Follow 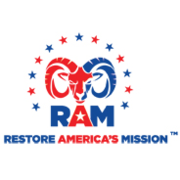